Show Me The Way program sees local heroes on screen

A COLLECTION of documentary films that showcase Aboriginal local heroes, made by students from Walgett Community College in NSW in 2017 was screened to a packed room at the Redfern Community Centre in Sydney recently.

Many members of the local Redfern community and other supporters of Show Me The Way met to celebrate the achievements of the Walgett students.

One of the speakers, Aunty Beryl Van Oploo is originally from Walgett

“I work for the National Centre of Indigenous Excellence and Aunty Glendra Stubbs and I hosted the kids up there when they came to Sydney to film at the Australian Museum,” she said. “I’m so proud of the students. Education is the key. If you’ve got an education you’ve got a voice, you’ve got a choice.”

Aunty Beryl will be one of the interviewee role models in the next Show Me The Way – Walgett program starting soon. Based on the success of the 2017 program Show Me The Way will be running programs in Walgett for the next three years.

The film series is available through public libraries or ask your library to purchase a copy via the State Library of NSW.

Show Me The Way is a media partner of the Koori Mail. 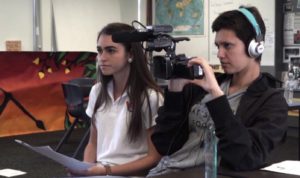 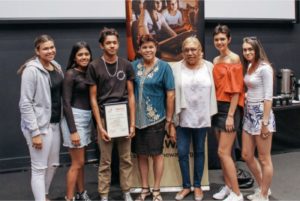 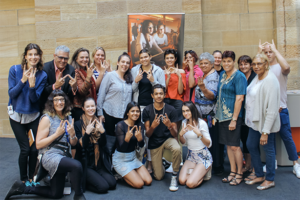